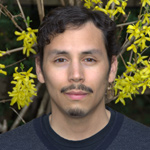 Gideon Unkeless founded Projected Memory after spending a year at the Gedenkstätte Sachsenhausen, where he gave tours, interviewed survivors, and became aware of the need for an outlet for quiet reflection and verbal expression. Gideon grew up in Brooklyn, New York, designed his own major in Pedagogy Studies at Wesleyan University, and was a Fulbright Scholar to South Africa, where he became interested in the demands that traumatic events like Apartheid and the Holocaust make on art, literature, and language. He envisions a network in memorial museums of Projected Memory installations that can be both an immediate emotional outlet for visitors as well as an archive that guides researchers, curators, and policy makers. He is currently an Alexander von Humboldt German Chancellor Fellow based in Berlin and researching at the Freie Universitaet Berlin’s Visual History Archive. 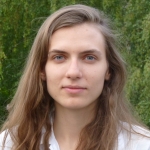 Emilia Lichtenwagner has been involved with Projected Memory since its inception. She is particularly interested in the performance of memory, trauma’s transference during personal exchanges (like interviews), and the notion of “Heimat” among Austrian exiles. As a Gedenkdienerin working on the Austrian Heritage Collection at the Leo Baeck Institute in New York, Emilia spent a year conducting interviews with Austrian-Jewish emigres and Holocaust survivors. She has served on the Vienna Gedenkdienst Board and has organized and led student trips to Holocaust memorials. She recently completed her B.A. in History and Theater Studies at the Freie Universität in Berlin and hopes to write a play about her experience as a young Austrian abroad and in regular contact with elderly Austrians-Americans whose memories of place and nation were so radically interrupted. 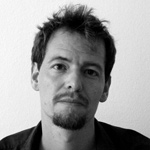 Andreas Daniel Matt grew up in Innsbruck, Austria, and received his Ph.D. in mathematics from Universität Innsbruck. He has also studied computer science and philosophy in Austria, Spain, and Argentina, and loves working on international cultural, media, and science projects. While living in Pakistan, he founded an online cultural network for artists, curators, and the public to share information and learn about upcoming events. For the last five years Andreas has been working with the Mathematisches Forschungsinstitut Oberwolfach in Oberwolfach, Germany, where he designs and organizes interactive and traveling exhibitions which merge math and art. For Andreas, Projected Memory combines his expertise and interest in participatory learning, media, and memory-studies, all within an important historical context.

Samuel Moyn is professor of law and history at Harvard University. Previously, he taught for 13 years at Columbia University in the Department of History, where he served in the last few years as James Bryce Professor of European Legal History. His specialties are European intellectual history, Holocaust studies, and human rights. He is also an editor of UPenn’s Humanity Journal. He looks forward to helping advise and promote Projected Memory’s unique experiment in and contribution to the repertory of the forms of remembrance.

Jess Olson is associate professor of Jewish History at Yeshiva University in New York, where he specializes in cultural and intellectual history with a particular focus on Central and East European Jewry in the modern period. He is also associate director of the Center for Israel Studies at Yeshiva University. He is delighted to be a part of Projected Memory’s long term historiographical survey and is enthusiastic about both its immediate contribution to public discourse and eventual educational and academic value.

Chad Bolton is currently the General Manager at Film Forum, New York City’s only autonomous nonprofit cinema. Prior to Film Forum and after graduating with a Masters in Public Administration from NYU’s Wagner School of Public Service, he held the position of Program Manager for Boroughwide Grants at Lower Manhattan Cultural Council, where, among other duties, he managed three re-grant programs for artists and small arts groups in Manhattan. He is pleased to be on the board of Projected Memory and is excited and intrigued by the self-recorded and self-guided “micro-flims” that museum visitors leave at Projected Memory installations. He looks forward to supporting the important and stimulating work Projected Memory is undertaking.

Thanks to attorneys at Debevoise & Plimpton, Projected Memory’s nonprofit incorporation and 501(c)(3) status applications are in process and we will now focus on making important affiliations and developing sustained funding for a further long-term study.